These movies explore a variety of topics, and MPAA ratings vary. Not all movies are suitable for all audiences. 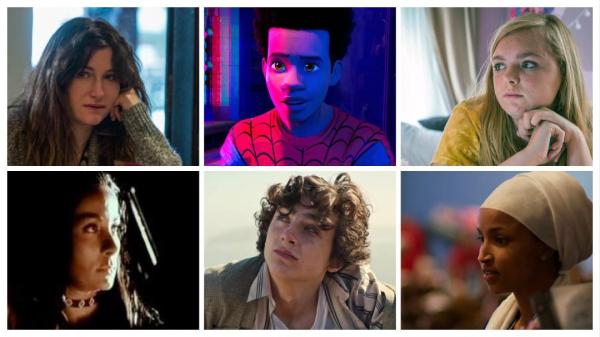 A near-perfect action movie. It’s intense but not overbearing. Fun but not silly. Clever but not pedantic. Polished but not overly cliché.

This movie is difficult to watch, and that’s why it’s an important film. Roll Red Roll is a documentary about the 2012 Steubenville High School sexual assault case. This film elicited a great amount of anger and heartache from me, and I hope it does the same for others. Eliminating the toxic cultures that fuel sexual assault requires targeted action, and action on an individual level is often sparked by candid conversation. This film is an effective tool, and you can use it to begin (or continue) those conversations. (Other tools: this website and this hotline.)

I sat down inside the Traverse City Film Festival’s Lars Hockstad Auditorium to watch Time for Ilhan with only a vague understanding of Ilhan Omar’s political life, but I left that theater with a refined understanding of the need for diverse representation in all levels of American government and a reinvigorated desire to do my part to create that reality. Norah Shapiro’s documentary about Ilhan Omar’s 2016 campaign to unseat a 43-year incumbent for the Minnesota House of Representatives is relevant today not simply because Ilhan Omar recently became Congresswoman Omar of the United States House of Representatives (though that fact is certainly important to any post-2018 moviegoer) but because Time for Ilhan is, as the film’s website states, a “potent community impact tool to inspire action.” This film sits at the intersection of art and action, and it is well worth watching.

Yes, I believe that Black Panther is better than Avengers: Infinity War. Killmonger is more complex than Thanos. And despite its relatively limited scope, Black Panther‘s stakes still seem higher. My other explanations involve too many spoilers, so I’ll just offer a quote from Bryan Bishop’s review of the film: “It’s gripping, funny, and full of spectacle, but it also feels like a turning point, one where the studio has finally recognized that its movies can be about more than just selling the next installment.”

6) The Other Side of the Wind – directed Orson Welles

The Other Side of the Wind is a strange epic. A satiric film-within-a-film mockumentary that contains both color and black-and-white footage. The film’s production process was riddled with financial and legal obstacles. And watching The Other Side of the Wind is, at times, bewildering and taxing. But woven through this strange film is a raw, humbling portrayal of a fictional film industry titan (described by Glenn Kenny as a man “who looks like he’s been dragged through hell and spat back up onto earth because hell found him too hard to digest”) who is struggling to contextualize his regret, ambition, and legacy. Film scholars are already filling blogs with analyses of The Other Side of the Wind, but their commentaries, while valuable, don’t interest me. What interests me are the film’s characters, primarily Jake Hannaford and The Actress. Because if this film is, as some have said, a mirror that viewers are dared to examine, Hannaford and The Actress are the faces that look back at us.

Eighth Grade is an awkward film about an awkward time. But the movie, brought to life by director Bo Burnham’s vision and actress Elsie Fisher’s impressive performance, manages to shine a light on the profound pains and true triumphs that occur during middle school. Eighth Grade‘s story and dialogue may make some viewers uncomfortable, but everyone should still watch it. Especially adults who interact with pre-teens (and who may have forgotten how much heart and pain can exist during those pre-teen years).

Beautiful Boy is not a simple film (though some critics argue the opposite). I have neither
experienced drug addiction nor supported a family member through the painful ebbs and flows of addiction, so my understanding of addiction’s emotional journey is limited. But I can say that as I watched Beautiful Boy, there were several moments when an actor (Steve Carell, Timothée Chalamet, Maura Tierney, Amy Ryan) unveiled an emotion that was both surprising and recognizable. As I watched this film, I experienced certain emotional beats that I had not anticipated, and those moments seemed to hit harder and resonate longer than similar moments in other films. Moments in Beautiful Boy like when Carell’s David Sheff struggles to explain his continued dedication to his son. Like when Tierney’s Karen Barbour allows her anger to overtake her, only to immediately acknowledge the fruitlessness of the rage. And like when Chalamet’s Nic Sheff utters a single sentence that is both an expression of love and a indictment of life and family. Beautiful Boy is filled with these moments. That’s why it is a beautiful film.

Private Life is about two forty-something New Yorkers who are trying desperately to have a baby. I do not relate to that scenario—not even a little. But this film is so honest, clever, and well-developed that situational distance doesn’t really matter. Rachel Biegler and Richard Grimes (played by Kathryn Hahn and Paul Giamatti) seem so raw and relatable that their motivations and feelings don’t seem distant. They seem tangible. They seem real. And that is worth experiencing.

Roma artfully and thoroughly captures the spirit of human toughness. The protagonist, Cleo, is a paragon of quiet strength, and the story flows patiently from moment to moment, building speed and energy. By the end of the movie, I was so immersed in the story that I sat silently through the credits and considered the significance of what I’d just witnessed. Roma possesses an understated power, and it wields that power well.

1) Spider-Man: Into the Spider-Verse – directed by Bob Persichetti, Peter Ramsey, and Rodney Rothman

I appreciate movies that take risks, and Into the Spider-Verse takes many risks. In today’s world of chiseled heroes and polished epics, the creators of Into the Spider-Verse decided to make an animated film that juggles Peter Porker, Nicolas Cage, SP//dr, Spider-Gwen, a new(ish) version of a beloved protagonist, and a gaggle of villains. And they wanted it to be heartfelt, relatable, and coherent.

The final product is a smart, self-aware, steadily paced superhero film that honors its characters with compelling backstories, believable motivations, and witty dialogue. The animation style is refreshingly kaleidoscopic, and the character design reflects the eclectic nature of the narrative (while still acknowledging the value of subtlety and sincerity). Into the Spider-Verse is an expertly developed version of the way I imagined superheroes as a kid, and it blew my mind. As someone who has been vocal about feeling a certain amount of Spider-Man fatigue, I am surprised to hear myself say that I would absolutely love to see more superhero movies like this.

Honorable Mentions
(in alphabetical order and without explanation)

Pass Over – directed by Spike Lee and Danya Taymor

Ben Boruff is a co-founder of Big B and Mo’ Money, and he has reviewed comics for ComicBastards.com and ImpulseGamer.com. Follow him on Twitter: @BenMagicAwesome. And read more at BenBoruff.com.