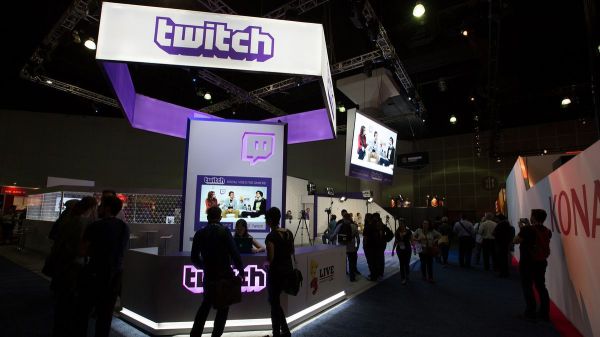 The Twitch mixer was a get-together on Wednesday, June 14th for Twitch streamers at the Electronic Entertainment Expo (E3), a gathering of gamers and game developers in Los Angeles. Around 20 hours had passed since friends, family, and social media followers had heard from Twitch streamer and GEXCon host Tia “LauraLania” Zimmer, so ashleeeeean decided, as she described in a video on Twitter, to use “my platform and my following to be able to get the word out there.”

“I did not expect it to blow up as much as it did,” she added. 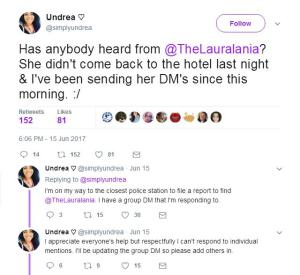 Though the first alarm was raised by LauraLania’s roommate Undrea, ashleeeeean’s post spread faster and farther. Within minutes, thousands of sympathetic Twitter users (including many Twitch subscribers and E3 fans) shared the tweet with the online world. As of midday on June 16th, the post had over 24,000 retweets. Even the official Twitter accounts of companies like IGN (6.01 million followers) and Twitch (4.3 million followers) shared ashleeeeean’s tweet.

The LAPD was contacted, a police report was filed, and ashleeeeean, Undrea, and others worked to pinpoint locations and establish a timeline of events. Twitter and Reddit users offered information and suggestions. Model and actress Shannon Baker, for example, was also at E3 in LA at the time and tweeted, “My lyft driver right now swears she picked this girl up at at resident DTLA and brought her to 2 La Brea and was very intoxicated.”

Many people from the gaming community were concerned and wanted to help.

Eventually, LauraLania resurfaced, explaining in a video posted at 1:58 AM on the 16th that she “wanted to have a day alone and play poker.”

By the time that LauraLania’s safety was confirmed, however, some social media users had already blown a thick smog of negative feelings and conspiracies around the incident.

One of the more inflammatory conspiracies involved LauraLania’s boyfriend, Twitch streamer erhoTV. A number of Twitter and Reddit users argued—and continue to argue—that LauraLania cheated on erhoTV at some point during the extended time that she was “unplugged” from the Internet.

Others argued that LauraLania and her Twitch colleagues orchestrated these events to gain followers. And some believed that drug, alcohol, or gambling problems caused LauraLania’s absence.

These arguments seem to have sparked another wildfire of male chauvinism.

The Twitter and Reddit feeds about this incident are an appalling cocktail of sexism and cyberbullying—one part hate, one part bullheadedness, and two parts misogyny—and the belittling ideas they propagate are not uncommon in gamer communities. Gamer culture is riddled with anti-female rhetoric, and those who speak out against the toxic language of hateful gamers often become targets of online harassment. All subcategories of nerd fandom struggle with inclusivity and bias, but gaming culture seems particularly weighed down by retrogressive participants—so much so that the community seems to be in a perpetual state of civil war.

Each year, E3 offers a stage for some of this tension to unfold. Gamers advocate loudly (and usually online) for their gaming preferences, and game developers tiptoe the perceived (though arguably nonexistent) line between profitability and social responsibility. At E3 2017, game creator Tim Soret sparked some heated discussion when he revisited and reversed some comments he had made previously about his upcoming game, The Last Night. According to an article from The Verge, Soret claimed in 2014 that The Last Night “takes place in a cyberpunk world where modern feminism won instead of egalitarianism,” and he wondered about the possibility of Vivian James, the 4chan-born anti-feminism icon, being an in-game character. On June 11th of this year, Soret revoked some of those comments with a trio of tweets, one of which said “In no way is The Last Night a game against feminism or any form of equality. A lot of things changed for me these last years.” Some Twitter users, however, came to 2014-Soret’s defense, bemoaning the existence of so-called social justice warriors (SJWs) and advising Soret to return to his initial vision for the game. Soret’s true sociopolitical beliefs are unimportant—at least in terms of their lasting impact on gaming culture—but the varied responses of gamers to Soret’s comments, both 2014 and 2017, are worth discussing. For gaming culture to evolve, gamers must push game developers toward progress—or vice versa. Otherwise, gaming stagnates, and no one benefits.

Some in the gaming industry resist this stagnation. The Entertainment Software Association Foundation created an exhibit for E3 2017 that celebrated the many women who work in electronic entertainment industries. Still, though the ESA Foundation’s work should be celebrated, the harmonious #WeAreE3 tweets tend to fade out as the bigoted cacophony of anti-female social media posts swells.

And all gamers need to address this noise. Cornel West, as quoted in Twilight: Los Angeles, 1992, encourages advocates of progress to abandon optimism (sugarcoating) and acknowledge the noxiousness of negative situations. Call it what it is: Twitter, Twitch, Reddit, YouTube, 4chan, and other sites house a host of bigoted gamers. Once the gaming industry consciously and collectively accepts that fact, it can begin to address the problem—and the problem must be addressed. Instead of optimism, West prescribes a sort of visionary hope: “. . . create new possibilities based on visions that become contagious . . .”

Gamers, create new possibilities. Purge gaming culture of negativity, hate, and bias. If you don’t, individuals in your industry will continue to receive harmful comments like these absurd requests of LauraLania: 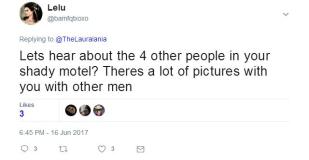 No individual—Internet celebrity or otherwise—should feel obligated to explain personal relationships or provide proof of personal activities. Such requests are designed to shame, and the only shame a gamer should feel is the shame of losing horribly when playing a first-person shooter. Gamers should not be shamed for who they are or what they do in their personal lives. As ashleeeeean says:

YouTuber TizziQ summarizes the bizarre events of LauraLania’s temporary absence and comments on the Internet’s response to those events in the video below.

Ben Boruff is a co-founder of Big B and Mo’ Money, and he reviews comics for ComicBastards.com and ImpulseGamer.com. Follow him on Twitter (@BenMagicAwesome) and find out more at BenBoruff.com