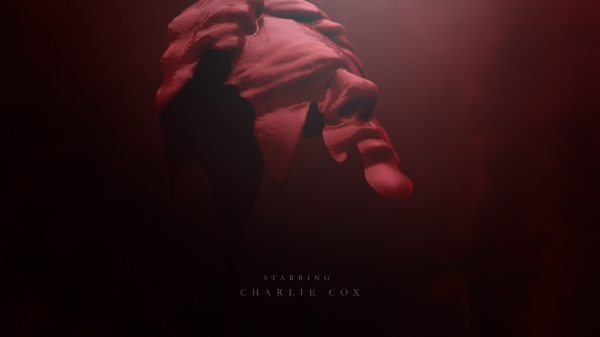 Netflix assumes that I want to skip opening credit sequences, which isn’t true. Yes, Netflix, I have been binge-watching Marvel’s Daredevil for the past six hours, but I still want to see the melting maroon wax (or blood?) statue of Lady Justice turn slowly as the eerie cadence of high notes fights with the low, booming bass sounds that slowly intensify beneath them. It gets me in the mood.

A title sequence is an emotional trigger, and I appreciate the opportunity to mentally prepare myself for the narrative that follows. This article contains an analysis of some of the more musically intriguing and visually engaging opening sequences. Obviously, some opening credit sequences, like those of The Simpsons and The Fresh Prince of Bel-Air, are well-established classics, so I will not discuss those below. Other title sequences feature brilliant theme music but do not offer much in terms of visuals, like those of Firefly and Battlestar Galactica. Even the simple melodies of shows like Scrubs and Gilmore Girls work well as triggers of nostalgia and empathy, but they will not appear below.

Other classic intro sequences that will not be discussed here: the concise opening of The Twilight Zone, the friendly notes of Cheers, the mission statement of Star Trek, the Big History explanations of The Big Bang Theory, and the catchy expositional songs of The Brady Bunch and Gilligan’s Island.

Drops of blood. Metal scratching against rough skin. A knife tearing through flesh. Dexter‘s title sequence juxtaposes the brutality of everyday life with the lively strums and hi-hat hits of the opening’s optimistic (yet somewhat sinister) music—a contrast embodied by Dexter’s wry smile as he leaves his apartment. This intro shows us the duality of Dexter: he is both a productive citizen and a serial killer. And each episode explores the extent to which those two personalities can cohabitate.

The House of Cards opening sequence features semi-fixed shots of Washington, D.C. in motion. No people are seen, really, but the city flows with life. This subtle camerawork suggests that the city is alive—living, breathing, moving—and the lack of humans hints at one of the show’s themes: Washington, D.C. does not serve people. The city is carnivorous, deviously so, and it feeds on people, not vice versa. Watch composer Jeff Beal explain the beautiful House of Cards theme here.

The shaky sepia shots of melted candles and abandoned buildings complement the unnerving orchestral theme. This s*** is creepy, and it effectively introduces a show in which a pair of armless, jawless zombies is one of the least frightening elements of the story.

The level of thought that went into the Game of Thrones opening sequence is astounding. According to Chris Lough, “The title sequence is only made from materials that the Westerosi would have access to,” like “wood, metal, leather, and the available fabrics of the time.” HitFix reports that, though the title sequences changes from week to week, “every episode’s map features King’s Landing, Winterfell, the Wall and wherever Daenerys is at the moment. That doesn’t change even if the episode doesn’t feature a single scene in one of those places.” A Forbes article details even more impressive facts about this stunning and complicated sequence, and listen to composer Ramin Djawadi talk about the theme music here.

Patrick Clair, director of the opening sequence, says that Daredevil “was always the big reveal at the end. What was cool about the way the show approached it was that they didn’t want us to copy the costume, so it didn’t become a literal depiction of the character straight out of the script, but more a sort of impressionistic, church statue version that our designer had done, sight unseen. It’s a little more symbolic.”

On its surface, there is nothing particularly intriguing about the opening sequence of The West Wing—it is, more or less, a series of episode clips fading in and out over a hazy American flag. However, the simple, patriotic images paired with the beautiful orchestral theme music is dignified. It highlights the sincere, regal nature of the show. Like the uncomplicated Oscars In Memoriam tribute videos, the opening of The West Wing ceremoniously introduces audiences to the stately cast of this intelligent show.

The song is catchy, semi-explanatory, and Auto-Tuned. The video is energetic, filled with bright colors and a combination of home videos and interview clips. Read Vanity Fair‘s explanation of the theme song here. In short, the opening is fun and topical, and it cleverly introduces a comedy about a rescued Hoosier who tries to adapt to modern life in New York.

Orange is the New Black

I do not particularly like the sound of “You’ve Got Time,” the Grammy-nominated song that Regina Spektor created specifically for Orange is the New Black, but I appreciate what the song accomplishes. Orange is the New Black is a show that features a variety of unique characters. It is a show that humanizes individuals who are often marginalized, and the theme song captures the spirit of the show perfectly, especially when paired with a diverse series of close-up portraits.

It’s not the best opening sequence on this list, but it is intriguing. The mysterious music, which features clandestine string riffs and religious chanting, complements the images of Renaissance paintings that seem to bleed and spill away, highlighting the slippery nature of Pope Alexander VI’s piety.

Did I forget any intriguing opening credit sequences?

Ben Boruff is a co-founder of Big B and Mo’ Money, and he reviews comics for ComicBastards.com and ImpulseGamer.com. Some of his favorite directors are Whit Stillman, Seijun Suzuki, Noah Baumbach, Kathryn Bigelow, Stanley Kubrick, Antione Fuqua, Don Hertzfeldt, Adam McKay, and Tom Hooper.  Follow him on Twitter: @BenMagicAwesome.

2 thoughts on “The Most Intriguing TV Opening Credit Sequences”