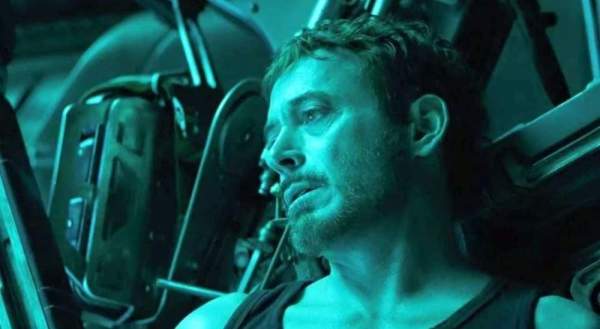 This is Jeremiah back with a top 9 movies that I loved most out of the 40 movies that I saw this year. As always this isn’t ranking every movie that came out this year since I clearly missed a lot of movies that came out, but instead its me telling you that these movies right here are amazing and you should check them out.

This is a Marvel movie and if you know me you know that I’m just loving most the Marvel stuff these days, but they keep bringing solid heartfelt stories to the table. I love the 90s vibes this movie brings for my own nostalgia but I also am impressed with Brie Larson’s performance and her micro-expressions she brings to this role and also her chemistry with Samuel L. Jackson. I think that the emotional climax of this movie is great and the only thing I really ding this movie with is a some shakiness of the effects and plot structure near the end.

This is the story of Ted Bundy an infamous serial killer but seen through the lens of his longtime girlfriend Liz. It wasn’t what I expected going in. I thought it would be a gruesome imagining of the life of a monster but they made a point to attack it from a different angle. This is just an awesome and unique historical fiction which deserves some praise.

At its core this is a teen coming of age story. I have watched Mean Girls about thirty times in my life so I definitely love a good teen comedy and this brings forward a lot of fun characters in modern teenaged shenanigans. I hope this turns into a classic of the genre.

Frozen was known for how much people got sick of hearing its songs on the radio or from their small children but this movie has an incredible emotional depth not to mention the most gorgeous animation that exists today. I’ve found myself listening to the songs over and over again and I definitely teared up a few times in the film. I’ve got to shout-out Kristen Bell in particular for some of the most emotional voice work I’ve ever heard. Even though it seems like its for kids I think anyone could enjoy this one.

I’ve grown to truly love historical fiction with Bohemian Rhapsody and this coming out this year. I knew Taron Egerton from Kingsman and he really impresses in this role. I think he plays a legend so convincingly and emotionally that this is on my list basically just for that.

I love mystery movies. I think that a well-down mystery can be thrilling and hooking until the final twist and the ones lately have been terribly disappointing. This is the best mystery film since Clue and is probably much better. Not to mention, the great commentary this movie makes on rich white families in America. This is a great well constructed story that’s entertaining and gripping until the end.

I’m actually not a huge fan of horror, and its mainly because horror movies are shoved out the door in droves with no mind to quality in so many cases. However, I appreciate the great ones and this is one. Jordan Peele is the guy for horror these days and I expect many more films from him but this has a gripping plot and keeps your heart pounding until the end without relying on jump scares.

I’m a Spider-Man fan through and through. So, its no surprise this is so high up for me. But as I mentioned before I also love teen movies and this movie sits at an intersection between teen vacation and super-hero film, not to mention it gets to tug on the emotional strings left over from the Avengers finale just a few months before it. I think Mysterio was an amazing villain, whose tricks and illusions were brought to screen with amazing effect, but also they used this villain as a wake up for Peter. This movie also proves to be a tale about the ending of childhood naivety and I think that some of the more serious notes of the film really hit home. Definitely a worthy sequel hunting for a third act that I’m all in on.

Maybe next year this will be a bit more of a question as to what movie I loved the most this year, but its just no contest this year. Avengers: Endgame is the ending of a 22 movie long shared cinematic universe the scale of which has never been seen in the industry to date. I think that this decade will be remembered in film most for the impact of the MCU for better or for worse. I think the building of multi-movie franchise-jumping universes in the public eye is an amazing accomplishment, especially with the quality of each film being so high even though I know people will be quick to point out some of the weaker links. This is a history being made. With that being said the movie itself is actually probably the best end to series I’ve seen since Harry Potter and that doesn’t even come close. How much scale they could build, how many characters they could give stories and arcs and how many themes and hooks they could bring back and pay off in an also emotionally packed sequel to a film… its really astonishing. I think this movie is incredible and honestly I didn’t want for anything afterwards. This was as close to perfect as a series close could come and I just can’t stress how awesome this movie and this saga of series is when I look back. So, you should watch all the MCU and close it with this. Its that good.

This has been the end of era for me and also, as it turns out, the end of a decade. Next year, I hope I can watch even more films and make this list even better so I would love to hear what you all have seen this year and what I probably definitely missed in this list. Have a Happy New Year.